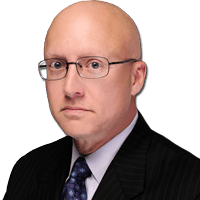 An outgrowth of his work on behalf of professional liability insurance carriers, Irwin Kramer has devoted a significant portion of his practice to the defense of his fellow attorneys in professional malpractice and disciplinary matters.

As managing partner of the AV-rated litigation firm of Kramer & Connolly, Mr. Kramer has served as lead counsel on behalf of Fortune 500 companies, insurance carriers, and businesses throughout the world in complex civil lawsuits, commercial and real estate cases, intellectual property and media law, class action lawsuits, serious personal injury, D&O cases and business disputes.  Combined with significant trial and appellate experience in state and federal courts, Mr. Kramer's law firm management experience gives him an appreciation for the pressures of law practice and the ethical issues confronting attorneys on a daily basis.

Profiled in Who's Who in America and in A.M. Best's Directory of Recommended Insurance Attorneys, this former law professor has taught at some of the most prestigious law schools in the nation, and continues to publish and to lecture nationally on trial advocacy and legal ethics. Dedicated to making the law "user-friendly" for those who must live by it, Mr. Kramer founded The Legal Television Network, where he produces features designed to enhance public access to legal information. Honored by the Maryland State Bar Association with The David Hjortsberg Award for Professionalism & Civility, by the Maryland Bar Foundation with its Award for Legal Excellence in The Advancement of Public Understanding of the Law and by The Daily Record as Innovator of the Year and for his Leadership in Law, he has also hosted legal programs on C-SPAN, and appears regularly as a television legal analyst. Appointed to the Court of Appeals Standing Committee on Rules of Practice & Procedure, Mr. Kramer serves on a team of prominent judges, legislators and attorneys which review and revise court rules including those which govern the attorney grievance process.

After graduating summa cum laude from Towson University, Mr. Kramer earned his Juris Doctor with high honors from the University of Maryland School of Law, where he won the school's moot court championship and was inducted into the Order of the Coif for his high academic standing. He received a Master of Laws degree from Columbia University School of Law and served as a Vice President of the Columbia Law School Alumni Association of Washington, D.C. Mr. Kramer is a member of the bar in Maryland, the District of Columbia, and several federal courts, including the Supreme Court of the United States.

Attorney Grievance defense attorney specializes in defending lawyers in disciplinary proceedings before the Maryland Attorney Grievance Commission and the D.C. Bar's Board on Professional Responsibility involving professional misconduct, legal ethics, disbarment, suspensions of law licenses, petitions for disciplinary action, reprimands and sanctions for unethical conduct. If you receive a letter from Bar Counsel Lydia Lawless, Disciplinary Counsel Hamilton Fox, or from any attorney disciplinary board in Maryland or the District of Columbia, retain experienced attorneys with expertise in lawyer discipline and breach of ethics cases to avoid sanctions for professional misconduct. We help lawyers avoid disbarment, suspension, reprimands, censure and informal admonitions by drafting responses to client grievances and ethical complaints; representing lawyers in peer reviews, evidentiary hearings, and oral arguments before the BPR and the Court of Appeals; filing petitions to reinstate an attorney's license to practice law; conducting law firm ethical compliance audits; and drafting legal ethics opinions to protect lawyers from ethics charges. In many cases, disciplinary proceedings may be dismissed, dismissed with a warning, or result in a conditional diversion agreement with Bar Counsel to rectify misconduct. Lawyers may need help in managing their law firm attorney escrow IOLTA trust account and complying with attorney trust accounting rules to avoid charges of ethical misconduct. Do not represent yourself in responding to an attorney grievance, law firm client complaint, or other allegation of ethical impropriety. Attorney grievance defense counsel may help you comply with legal ethics rules, avoid sanctions like suspension or disbarment, and avoid future attorney grievances.