Q. I regularly fly to depositions for a client that pays for my time in transit. If I work on another client's case during the flight, may I bill that time as well? 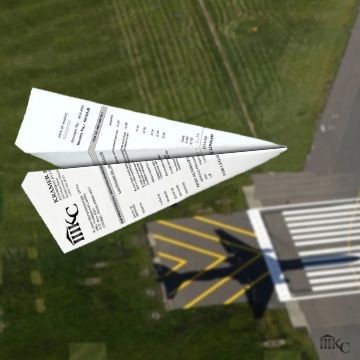 A. Before researching this issue, I would have said, "why not?" After all, you could choose to watch a movie or read a magazine on the plane and still bill for your travel time. Why not use the time productively and make the flight even more profitable?

Though I see no ethical problem with this practice, the rest of the world seems to disagree. According to the American Bar Association, "A lawyer, who flies for six hours for one client, while working for five hours on behalf of another, has not earned eleven billable hours." According to the ABA, this is no different than a lawyer double-billing his travel time to a court where three appearances are scheduled for the same afternoon, or a lawyer spending an hour to research an issue that applies to more than one client and billing both for the same effort.

Unlike these situations, you are not planning to bill more than one client for the same effort. Stuck on a plane, you are simply seeking to work harder than you have to, expend additional effort on behalf of another client, and bill for it.

Sadly, my personal opinion won't get you too far. If you depart from a view unanimously held by the ABA and every other ethics committee that has considered the issue, you're in for a rough landing. Financially at least, only the client may benefit if you decide to work on the flight. "Rather than looking to profit from the ... desire to get work done rather than watch a movie," the ABA believes that the lawyer "is obliged to pass the benefits of these economies on to the client."

Despite this uptight and locked position, the ABA stopped short of imposing a duty upon traveling lawyers to work whenever possible. But the extent to which a lawyer may bill for unproductive travel time is still up in the air. While many firms bill it at their usual hourly rates, some courts have cut this rate in half when awarding attorney's fees, and many corporate clients and insurance companies require that their counsel do the same.

Regardless of your hourly rates, one thing seems clear: You're not allowed to bill more than one client for one time-slot. So until your state adopts my contrarian view, enjoy the in-flight movie. Just make sure that My Cousin Vinny doesn't show up on your time sheets.