Q. I read that Maryland's Bar Counsel tried to deprive accused lawyers of an equal right to discovery in disciplinary cases. Whatever happened to fundamental fairness? 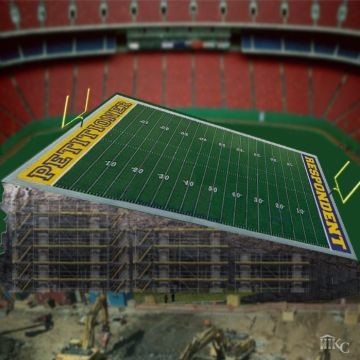 A. "Fundamental fairness" is a work in progress — progress that may only be achieved through vigilance in asserting the rights of accused lawyers.

In Maryland, Bar Counsel took the position that an October 1, 2021 rule revision divested respondents of any right to propound interrogatories, requests for production of documents, or requests for admission. Despite the accepted practice of such paper discovery in virtually all jurisdictions, this prosecutor reserved these tools for herself alone and refused to answer those propounded by her adversary.

Unfortunately, the language that she drafted for the Court's approval did precisely that. Unbeknownst to the Court of Appeals and to its Rules Committee, a rule that was supposed to "level the playing field" by expanding defense discovery had the opposite effect.

Since no one expected Maryland's "top lawyer cop" to take such a draconian position, the Court never spotted what it would later see as an "inequity" in the revised rule.

In all candor, this disturbing language escaped my attention as well. As a member of the Rules Committee, I focused on the fact that Maryland Rule 19-726 would require the prosecutor to produce her investigative file and never imagined that the same provision would replace other forms of paper discovery.

I learned otherwise when Bar Counsel refused to answer my client's interrogatories, document requests and requests for admission. Following Bar Counsel's language, the trial court issued an order excusing her from answering the very same type of discovery that she propounded to us. Unwilling to tolerate the inequity created by the rule, I moved to stay the case at hand and asked the Court of Appeals to intervene.

The high court put the brakes on the underlying case, but may have set a state speed record for reversing a provision that it enacted only seven months before. Expediting a process that ordinarily takes months to complete, the Court revised this rule in a matter of weeks — holding two emergency meetings, ordering its Rules Committee to propose new language immediately, shortening a 30-day public comment period to one week, and ordering that the new provision take effect immediately on May 11, 2022. [See Videos and Materials below].

Restoring an accused lawyer's right to discovery, the Court leveled the playing field to give both sides the right to propound interrogatories, document requests and requests for admissions. The Rule isn't perfect. But it was reassuring that the Court cared enough about the rights of accused lawyers to take urgent action.

This disturbing episode illustrates the danger of relying upon a single stakeholder. Rather than defer to an official whose interests conflict with those she prosecutes, committees must account for everyone's interests in an evenhanded manner. To preserve due process in this or in any other system, all interests must be considered and everyone involved must exercise vigilance in the administration of justice.