​​Q. I got pulled over for DUI last night – the first time this has happened since I left college nearly 10 years ago. Could I face ethics charges as well? 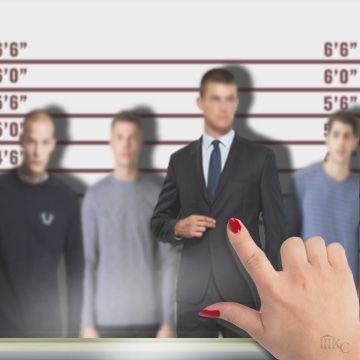 I wouldn't waste my "one phone call" on Bar Counsel. But virtually all jurisdictions require that you report yourself for certain crimes under certain circumstances.

States differ on the details, but typically require you to report "felonies," offenses which may carry significant jail time, and other infractions which qualify as "serious crimes." Although most states and the District of Columbia only require you to report convictions or findings of guilt, some states like California, Florida and Maryland require that you report yourself shortly after charges are filed.

Even if convicted, not all crimes constitute professional misconduct. Under Rule 8.4(b) of the Rules of Professional Conduct, sanctions are reserved for those who commit "a criminal act that reflects adversely on the lawyer's honesty, trustworthiness or fitness as a lawyer in other respects." "Although a lawyer is personally answerable to the entire criminal law," the comment to this rule emphasizes that "a lawyer should be professionally answerable only for offenses that indicate lack of those characteristics relevant to law practice."

Crimes involving fraud, obstruction of justice, tax evasion and other forms of dishonesty cast doubt upon an attorney's character and fitness regardless of whether they arose in the course of practicing law. By contrast, a lawyer's after-hours assault on an unruly bar patron may bear little, if any, relevance.

This has not stopped state boards from taking action on an increasing number of seemingly irrelevant offenses. Holding lawyers to a "higher standard" than that articulated in the comment to Rule 8.4(b), officials have recently sought to sanction lawyers for marijuana possession, indecent exposure, or the destruction of property in a moment of anger — offenses which did not involve clients, legal matters, or dishonesty of any kind.

The same may be said for the lawyer who has one too many drinks at Happy Hour on her way home. In most states, one's first DUI offense won't even qualify as a "serious crime" that must be reported to Bar Counsel.

But, depending upon where you live, your second DUI in the past ten years may constitute a "felony" or carry sufficient prison time to require such a report. Despite the passage of time since your last offense, Bar Counsel may strain to argue that your "pattern" of offenses shows a reckless disregard for the rule of law which merits some form of discipline.

Like the drafters of Rule 8.4(b), I do not believe that a law license should subject attorneys to greater punishments than those imposed on the rest of society. Indeed, possession of a law license is neither a crime nor a legitimate pretext for imposing enhanced penalties on those who hold one. But in the hands of certain disciplinary boards, one cannot ignore the dire professional consequences which might arise from almost any infraction of the law.