Q. I handle criminal cases for one flat fee – start to finish. When must I put the fee in trust and when can I take payments along the way? 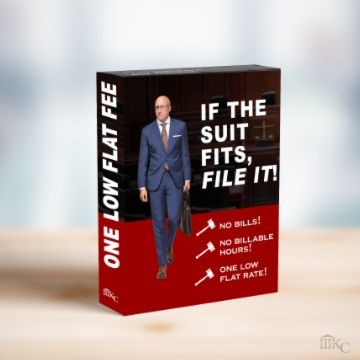 A. The answer should be clearly stated in your retainer agreement.

Although flat fees paid in advance must be held in trust, your agreement must specify when these fees are earned as the case progresses. Unfortunately, lawyers often neglect this language when "flattening" their fees.

Criminal defense attorneys have quoted flat fees for years and the practice is growing. Rather than breaking their lives into tenths of an hour, lawyers of all kinds are weaning themselves away from timesheets and embracing the apparent simplicity of flat fee billing.

But "simple" fee agreements may create complications long after clients have signed them. Say you charge a flat fee of $30,000 "to defend the Client's felony drug case." Despite the right to a speedy trial, some of these cases may linger for a couple of years. Six months and 60 hours of work later, you might say, "I've done at least $10,000 worth of work. Heck, 60 hours at $200 an hour would be $12,000 alone." So you feel justified in taking $10,000 at that point. After all, you've "earned" it.

But that's not what the fee agreement says. A fee agreement that charges a flat fee for defending a "felony drug case" doesn't have any milestones to specify when partial fees are earned.

This isn't an hourly rate case. So you can't just take the value of your time and guesstimate how much you've earned. It must be spelled out in the agreement. If not, your payday won't come until the entire case is over. If you take the money earlier, you'll invite charges of misappropriating "unearned fees."

What happens if you're discharged in the interim? Does your retainer agreement provide for that?

These are problems that you can prevent with a well-drafted retainer agreement that breaks the case down into stages. For example, part of the fee may be allocated to appearing at the arraignment, at bond hearings, or preliminary hearings. You may anticipate more work on discovery or pretrial motions, and even more by the time of trial.

If you think it through and anticipate the amount of work that may be involved at each stage within the life cycle of the case, your flat fee agreement can provide for reasonable progress payments along the way. Without milestones for payment, you'll ruin your cashflow while waiting for a pay day that will be delayed with every postponement of your case.

You may not be billing for your time. But taking your time to create clear agreements will eliminate disputes over the fees that you've taken and when you were permitted to take them. Sparing these details may simplify the agreement, but the complications may cost much more than a flat fee.