​​Q. In reviewing Plaintiff's medical records, I discovered that her counsel altered certain reports to conceal a preexisting injury. Should I report her to Bar Counsel if she doesn't drop the case? 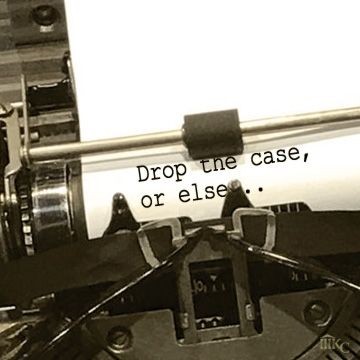 A. No, you should report her to Bar Counsel regardless of whether she drops the case.

The Rules of Professional Conduct leave you no alternative. If you discover conduct on the part of another attorney that raises a substantial question as to that attorney's honesty, trustworthiness or fitness, you "shall" report the infraction.

By doctoring a doctor's records, your adversary has deliberately falsified evidence and concealed material information in pursuit of her client's claims. Such dishonesty undermines the integrity of our profession and the foundation of trust on which our legal system rests. If you fail to report such flagrant misconduct, you will be violating the rule requiring that you do so.

If, instead of reporting this misconduct, you employ threats to gain leverage in litigation, you will subverting the objectives of our disciplinary rules. By insisting that she "drop the case," you are essentially extorting your opponent to take action to the detriment of her own client. Forcing the Plaintiff to suffer for the sins of his counsel, you would force Plaintiff's counsel to place her own interests above those of her client, to refrain from providing competent and diligent representation, and to abandon her own client in derogation of the rules.

If you cut a deal to conceal this misconduct from authorities, you would be conspiring with your opponent to undermine the interests of the opposing party. Should the defeated plaintiff file a subsequent grievance against her own counsel, your threatening correspondence may expose your misconduct as well.

You should never threaten disciplinary action to gain leverage on your opponent. In fact, even if your intentions are pure, I would try avoid the use of outright threats or ultimatums. But there are situations in which you may legitimately raise concerns:

➤ If you anticipate that other lawyers may violate one or more Rules of Professional Conduct, you may call these issues to their attention in an effort to prevent misconduct; or

➤ If your opponent committed a less egregious violation that is not subject to mandatory reporting, you may raise your concerns and request corrective action. Since you are not required to report infractions unless they raise serious concerns about another lawyer's honesty, trustworthiness or fitness, you could conceivably threaten to report the matter to Bar Counsel if the misconduct persists. But I'd prefer a more diplomatic approach.

In the second of these scenarios, I recall a case in which my opponent counseled a non-party witness to demand a subpoena before sharing certain documents. Believing that her unsolicited advice improperly obstructed my access to evidence, I recited the text of Rule 3.4 of the Rules of Professional Conduct in a letter demanding that she rectify the situation at once. I did not couple it with a threat to report the infraction. But leaving the inference to my opponent's imagination was just as effective.

In my view, one must distinguish between threats used for leverage in litigation, and communications designed to prevent misconduct or to correct less serious infractions. Improper threats undermine our rules of ethics, while more thoughtful communications reinforce them.

The Ethics of Intimidation

Litigation
Attorney Grievance defense attorney specializes in defending lawyers in disciplinary proceedings before the Maryland Attorney Grievance Commission and the D.C. Bar's Board on Professional Responsibility involving professional misconduct, legal ethics, disbarment, suspensions of law licenses, petitions for disciplinary action, reprimands and sanctions for unethical conduct. If you receive a letter from Bar Counsel Lydia Lawless, Disciplinary Counsel Hamilton Fox, or from any attorney disciplinary board in Maryland or the District of Columbia, retain experienced attorneys with expertise in lawyer discipline and breach of ethics cases to avoid sanctions for professional misconduct. We help lawyers avoid disbarment, suspension, reprimands, censure and informal admonitions by drafting responses to client grievances and ethical complaints; representing lawyers in peer reviews, evidentiary hearings, and oral arguments before the BPR and the Court of Appeals; filing petitions to reinstate an attorney's license to practice law; conducting law firm ethical compliance audits; and drafting legal ethics opinions to protect lawyers from ethics charges. In many cases, disciplinary proceedings may be dismissed, dismissed with a warning, or result in a conditional diversion agreement with Bar Counsel to rectify misconduct. Lawyers may need help in managing their law firm attorney escrow IOLTA trust account and complying with attorney trust accounting rules to avoid charges of ethical misconduct. Do not represent yourself in responding to an attorney grievance, law firm client complaint, or other allegation of ethical impropriety. Attorney grievance defense counsel may help you comply with legal ethics rules, avoid sanctions like suspension or disbarment, and avoid future attorney grievances.