​​Q. Every week, consumers and business owners call me with cases that aren't large enough to justify my fees. I hate turning them away. But what's the alternative? 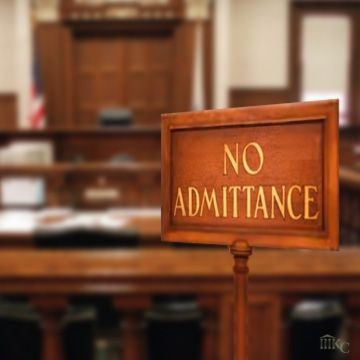 A. Naturally, you can cut your fee or handle these cases pro bono. But if you do that every week, you'll find yourself overworked, underpaid and burned out.

If the value of the case is low enough, litigants may present "small claims" to courts that relax the rules of evidence and regularly hear cases without counsel. Where larger claims arise, low-income consumers might qualify for low- or no-cost representation through a dwindling number of legal aid bureaus and law clinics. But neither small claims court nor legal aid present viable options to those with claims or with incomes above their minimal thresholds.

Your question reveals a significant shortcoming in a legal system which has grown beyond the reach of many who seek access to justice. Once a problem which fell below the poverty line, the skyrocketing cost of legal services has squeezed out the middle class as well. As attorney's fees rival the value of their cases, many segments of society have been forced to fend for themselves, or simply give up.

Though many states let lawyers provide "unbundled" services by handling discrete tasks or phases of a case, those who can only afford limited service may only receive limited relief. When demand letters or piecemeal efforts fall short, those who can't afford greater service have nowhere else to turn.

The contractor whose $18,000 bill prompted threats of a counterclaim can't risk a similar sum on a lawyer who must litigate his construction dispute to an uncertain result. The real estate broker, with reams of records entitling her to thousands in unpaid commissions, can't afford to spend thousands more on lawyers who must read them before evaluating the case. Nor can the homeowner afford to fight a large insurer who cited intricate policy exclusions to deny claims arising from a flooded basement. In each of these cases, the high cost of justice may be hard to justify for those of moderate means.

This isn't a problem you can solve on your own. Filling the gap in access to justice will require us to change our minds and our system.

As lawyers, we have long held a monopoly on legal services. Fighting those who may tread on our turf, we criminalize their activity as the "unauthorized practice of law," claiming that we alone are qualified to protect the public. But, in an era where few can afford our fees, are we really protecting those who cannot? Can we serve the public better by training others to handle matters that we wouldn't take?

The Institute for the Advancement of the American Legal System, the Association for Professional Responsibility Lawyers and task forces throughout the country believe we can. Recognizing the need to serve a larger segment of society, they comprise a growing movement to advocate reforms designed to increase the delivery of legal services and to reduce the cost of legal relief.

Rather than limit legal services to lawyers themselves, several proposals would expand the arsenal of justice by:

➤ Licensing "legal technicians" to provide a range of legal services at a lower cost. One such program has already been implemented in Washington State. While this may seem like a radical concept, the medical profession has trained certified nurse practitioners for years to provide treatment which was once dispensed by physicians alone;

➤ Letting lawyers collaborate with other professionals on innovative ways to deliver a range of services more efficiently and economically. Though most jurisdictions have banned such partnerships, the District of Columbia has permitted a limited form of such partnerships for years and soon may expand the program. Intrigued by D.C.'s experience, other states may soon implement pilot programs to test unconventional business models;

➤ Reducing restrictions on lawyer advertising, solicitation and fee arrangements, including referrals and fee sharing. Observing that these "ethical" restrictions have more to do with economics than with the quality of services provided, some would let lawyers delegate marketing activities to non-lawyers, enabling attorneys to spend less time hunting for clients and more time serving them;

➤ Expanding the use of technology to enhance the efficiency and speed of our lethargic judicial system, even employing artificial intelligence to streamline judicial decisions and to reduce congested dockets.

Though many of these changes may actually improve our bottom line, lawyers have long resisted attempts to "disrupt" the legal industry. Quickly dismissing proposed reforms, many have argued that letting non-lawyers provide any form of legal service would subject consumers to a greater incidence of malpractice. Others have candidly confessed their fears that relaxing restrictions on the "unauthorized practice of law" would break their monopoly as legal service providers and reduce the value of their licenses.

But regulations on the practice of law are supposed to protect the public – not to preserve the cartel of those who serve it. For far too long, our resistance to change has perpetuated a system which fails to protect a growing segment of society – people who call for help that we cannot provide in a cost-effective manner. If we really want to protect the public, we must provide feasible alternatives which make the law accessible to those who must live by it. I would encourage you to join the growing number of lawyers who recognize that the time for change is long overdue.

Practice Management
Attorney Grievance defense attorney specializes in defending lawyers in disciplinary proceedings before the Maryland Attorney Grievance Commission and the D.C. Bar's Board on Professional Responsibility involving professional misconduct, legal ethics, disbarment, suspensions of law licenses, petitions for disciplinary action, reprimands and sanctions for unethical conduct. If you receive a letter from Bar Counsel Lydia Lawless, Disciplinary Counsel Hamilton Fox, or from any attorney disciplinary board in Maryland or the District of Columbia, retain experienced attorneys with expertise in lawyer discipline and breach of ethics cases to avoid sanctions for professional misconduct. We help lawyers avoid disbarment, suspension, reprimands, censure and informal admonitions by drafting responses to client grievances and ethical complaints; representing lawyers in peer reviews, evidentiary hearings, and oral arguments before the BPR and the Court of Appeals; filing petitions to reinstate an attorney's license to practice law; conducting law firm ethical compliance audits; and drafting legal ethics opinions to protect lawyers from ethics charges. In many cases, disciplinary proceedings may be dismissed, dismissed with a warning, or result in a conditional diversion agreement with Bar Counsel to rectify misconduct. Lawyers may need help in managing their law firm attorney escrow IOLTA trust account and complying with attorney trust accounting rules to avoid charges of ethical misconduct. Do not represent yourself in responding to an attorney grievance, law firm client complaint, or other allegation of ethical impropriety. Attorney grievance defense counsel may help you comply with legal ethics rules, avoid sanctions like suspension or disbarment, and avoid future attorney grievances.