Driving into a Conflict?

Q. An engaged couple wants to retain me in an accident case. The boyfriend drove through an intersection when a truck ran a red light and crashed into them. May I represent both? 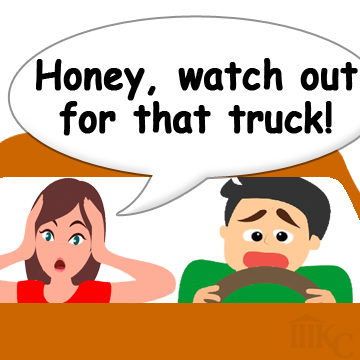 A. My definitive answer: It depends.

If the truck driver was entirely at fault, without any negligence on the boyfriend's part, there would not be any conflict in taking both claims.

But the facts aren't always clear. Even if the couple places all the blame on the trucker, he may dispute liability. If he claims that the boyfriend had a red light instead, there's certainly a chance that the boyfriend may be at fault and be liable for his fiancée's injuries. In these circumstances, representing both would present a conflict of interest.

Where, as here, the passenger may raise a claim against her own driver, the representation of one client will be directly adverse to another. Even if she refuses to file such a claim, there's still a significant risk that a lawyer representing both claimants would be limited in promoting the interests of each under Rule of Professional Conduct 1.7. Indeed, if the truck driver seeks contribution from the boyfriend for the girlfriend's injuries, you may then be required to withdraw from the case altogether and leave both claimants in the lurch.

In theory, you could have each client waive this conflict by obtaining "informed consent" in writing. But if independent counsel would advise the passenger to assert claims against her driver, a waiver of the conflict won't be worth the paper it is written on. If the blameless passenger later loses, you may face some tough questions as to whether you improperly induced her to sign a waiver.

To avoid this problem, many experienced plaintiff's lawyers will either refer the driver to other counsel, or will represent the driver first. If successful in establishing the truck driver's liability to the boyfriend, the lawyer may then represent his fiancée without fear that a subsequent conflict may arise.

A Loan to Bemoan