Q. I know it's hearsay, but a week after the accident, police interviewed a bystander who corroborated my client's account and blamed the other driver. If I can't find the witness, may I call the officer to repeat this statement? 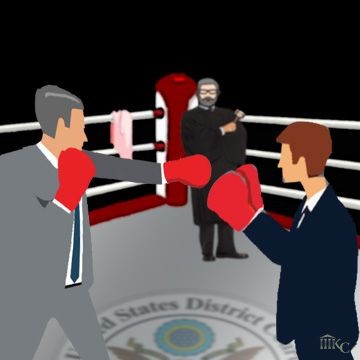 A. In other words, you're asking whether you may knowingly "violate" the rules of evidence without violating the Rules of Professional Conduct in the process.

Despite the way I begged the question, the answer may depend on the nature of the evidence and how it's offered. Trials are evidentiary battles. As long as you fight fair, you're allowed to fight and, properly read, our code of ethics does not take the adversity out of our adversary system.

Naturally, you may not fabricate evidence or present false testimony. Nor are you permitted to raise scandalous and irrelevant information designed to inflame the jury. Rule 3.4 of the Rules of Professional Conduct forbids lawyers from falsifying evidence, counseling or assisting a witness to testify falsely, or offering illegal inducements to secure their testimony.

Unless and until it's admitted, or offered for another permissible purpose, any reference to such hearsay is improper and unethical. That means you cannot refer to it in your opening statement. Nor can you pose leading questions which reveal the substance of an out-of-court statement before your opponent has any opportunity to object.

Thus, with the officer on the stand, you may not ask whether "the bystander told you the defendant ran a red light." Such a sneaky question would contaminate the jury even before your opponent has time to object. By alluding to objectionable facts which were not yet in evidence, you effectively preempted any ruling on its admissibility and breached your ethical duty of fairness to opposing counsel under Rule 3.4.

But would it be fair to offer the hearsay statement in a manner that preserved your opponent's ability to object? Consider this more methodical exchange:

Rather than blurting it out, this exchange gives opposing counsel plenty of time to object and preclude the admission of hearsay. If your opponent slumbers and fails to object, otherwise inadmissible hearsay has become admissible evidence which may be used thereafter without restriction.

Rule 3.4 requires that we act with fairness to opposing parties and their counsel. It does not require that we do their jobs for them at trial. Nor does it preclude us from offering truthful and relevant evidence merely because our opponents may seek to exclude it. Unless we attempt to sneak things past our opposing counsel, an adversary seeking to enforce the rules of evidence may do so with a single word: "Objection!"

The Ethics of Intimidation

Litigation
Attorney Grievance defense attorney specializes in defending lawyers in disciplinary proceedings before the Maryland Attorney Grievance Commission and the D.C. Bar's Board on Professional Responsibility involving professional misconduct, legal ethics, disbarment, suspensions of law licenses, petitions for disciplinary action, reprimands and sanctions for unethical conduct. If you receive a letter from Bar Counsel Lydia Lawless, Disciplinary Counsel Hamilton Fox, or from any attorney disciplinary board in Maryland or the District of Columbia, retain experienced attorneys with expertise in lawyer discipline and breach of ethics cases to avoid sanctions for professional misconduct. We help lawyers avoid disbarment, suspension, reprimands, censure and informal admonitions by drafting responses to client grievances and ethical complaints; representing lawyers in peer reviews, evidentiary hearings, and oral arguments before the BPR and the Court of Appeals; filing petitions to reinstate an attorney's license to practice law; conducting law firm ethical compliance audits; and drafting legal ethics opinions to protect lawyers from ethics charges. In many cases, disciplinary proceedings may be dismissed, dismissed with a warning, or result in a conditional diversion agreement with Bar Counsel to rectify misconduct. Lawyers may need help in managing their law firm attorney escrow IOLTA trust account and complying with attorney trust accounting rules to avoid charges of ethical misconduct. Do not represent yourself in responding to an attorney grievance, law firm client complaint, or other allegation of ethical impropriety. Attorney grievance defense counsel may help you comply with legal ethics rules, avoid sanctions like suspension or disbarment, and avoid future attorney grievances.