​​Q. My injured client just tweeted photos of his hiking the Appalachian Trail. To prevent the defense from finding them, may we delete the tweet? 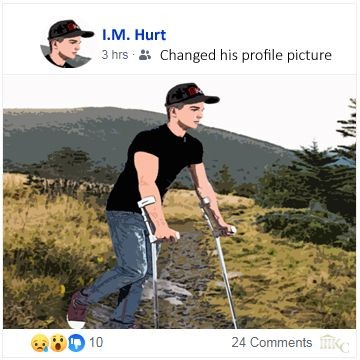 A. Once you tweet, it's too late to delete.

By posting his adventures along the Appalachian Trail, your client has left a trail of damaging evidence. It's too late to erase his tell-tale footprints.

As counsel, you should advise your client of the consequences of posting his activities and other personal information on social media. Many lawyers even warn their clients in the retainer agreement itself. However innocuous a post may seem, anything he says may be discovered by his adversary and used against him later on. The only way to prevent this is to refrain from posting in the first place.

Even before an action is filed, the likelihood of a claim and potential for litigation vests you and your client with a duty to preserve evidence. If your client breaches that duty, his destruction of evidence may give rise to an adverse inference at trial and other sanctions.

If you breach that duty, as others have learned the hard way, you may face more severe sanctions than your client. Under Rule 3.4 of the Rules of Professional Conduct, an attorney shall not "unlawfully obstruct another party's access to evidence or unlawfully alter, destroy or conceal a document or other material having potential evidentiary value." Nor may a lawyer counsel his client to do so.

A few courts may differ, but the current consensus of opinion would permit you to recommend that your client adjust the privacy settings on his accounts to limit access to sensitive information. Because the data remains, it remains subject to discovery. This eliminates concerns over the spoilation of evidence.

Beyond the preservation of evidence, your client's tweet raises yet another ethical issue: Whether you may ethically claim injuries that have hardly hampered his adventurous lifestyle. Even if you decide to keep the case, the path to a significant recovery may pose yet another uphill climb.