​​Q. After lengthy litigation, we recently collected a large outstanding bill from a client who filed a frivolous counterclaim against us for malpractice. To prevent this from happening again, may we require binding arbitration in future retainer agreements? 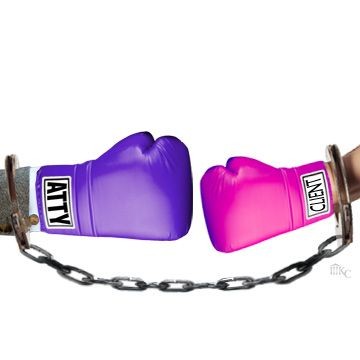 A. You may include binding arbitration clauses in your retainer agreement.

But the Rules of Professional Conduct give little guidance on how to implement them. Can you just insert them into your agreement and have the client sign? Must you explain the pros and cons of such clauses? Or must you go even further and have your client to consult with independent counsel before consummating such agreements?

Rather than require that the client be independently represented before signing off on such an agreement, most jurisdictions require the client's informed consent in the form of a retainer agreement which fully discloses the risks and benefits of arbitration.

Some jurisdictions, like the District of Columbia, have taken this to mean that informed consent is all that is required. Just across the border, Maryland's ethics committee has expressed the opposite view and would insist that the client be independently represented before signing such an agreement.

The safest approach is also the most restrictive. As most arbitrators are lawyers themselves, arbitration may tend to limit the lawyer's liability more than a jury of laypersons. Viewed in this manner, clients ought be advised independently before agreeing to arbitrate potential malpractice claims.

Regardless of jurisdiction, all states require, at a minimum, that we obtain the client's informed consent after full disclosure of all risks and benefits associated with arbitrating fee disputes or malpractice claims. While arbitration is faster, usually cheaper and less formal, you must advise clients of the rights they would relinquish in the process. By agreeing to arbitrate future disputes, clients waive their rights to a jury trial, to significant discovery, and to the formal appeals process that is provided to litigants in court. Unlike court, the parties will also be responsible for the arbitrators' fees and the costs of the arbitration process.

An arbitration clause may spare clients significant expense, but could cost you something you've already paid for — insurance coverage.

Under the terms of your legal malpractice policy, you must cooperate fully in the defense of your case and must not do anything which may limit your carrier's options in defending you. By contracting to arbitrate the claim without the carrier's written consent, you would breach that duty and may unwittingly lose your coverage.

Beyond a forfeiture of coverage, the burdens of litigation may work to your advantage. By making it less expensive to raise malpractice claims, arbitration clauses remove some of the deterrence that an expensive litigation process may provide. Having greater access to legal resources and a strong familiarity with an otherwise intimidating judicial system, lawyers may benefit from the very discovery process and evidentiary restrictions that arbitration would largely eliminate.

For this reason, you may wish to arbitrate future fee disputes. But it's probably better to avoid malpractice arbitration clauses entirely.

Fees & Finances
Attorney Grievance defense attorney specializes in defending lawyers in disciplinary proceedings before the Maryland Attorney Grievance Commission and the D.C. Bar's Board on Professional Responsibility involving professional misconduct, legal ethics, disbarment, suspensions of law licenses, petitions for disciplinary action, reprimands and sanctions for unethical conduct. If you receive a letter from Bar Counsel Lydia Lawless, Disciplinary Counsel Hamilton Fox, or from any attorney disciplinary board in Maryland or the District of Columbia, retain experienced attorneys with expertise in lawyer discipline and breach of ethics cases to avoid sanctions for professional misconduct. We help lawyers avoid disbarment, suspension, reprimands, censure and informal admonitions by drafting responses to client grievances and ethical complaints; representing lawyers in peer reviews, evidentiary hearings, and oral arguments before the BPR and the Court of Appeals; filing petitions to reinstate an attorney's license to practice law; conducting law firm ethical compliance audits; and drafting legal ethics opinions to protect lawyers from ethics charges. In many cases, disciplinary proceedings may be dismissed, dismissed with a warning, or result in a conditional diversion agreement with Bar Counsel to rectify misconduct. Lawyers may need help in managing their law firm attorney escrow IOLTA trust account and complying with attorney trust accounting rules to avoid charges of ethical misconduct. Do not represent yourself in responding to an attorney grievance, law firm client complaint, or other allegation of ethical impropriety. Attorney grievance defense counsel may help you comply with legal ethics rules, avoid sanctions like suspension or disbarment, and avoid future attorney grievances.